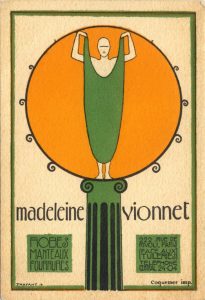 Madeleine Vionnet may not have achieved the same fame as Coco Chanel, Dior, Yves Saint Laurent, but her fashion genius and revolutionary design formed a landmark in fashion history. Her talent was widely recognized by other designers, and praised by Christian Dior himself, her bias cut and technique will come to influence many designers to come, such as Issey Miyake and John Galliano. She was a visionary, and a true talent, who invented the bias cut, whose innovative design continues to influence fashion today. In addition to her talent, she was also a successful fashion entrepreneurs having started her own brand, and at some point having 23 ateliers, and thousands of employees. In this week’s installment of fashion entrepreneurship series, we discover the entrepreneurial profile and key success factors that led to the creation of the Vionnet label. 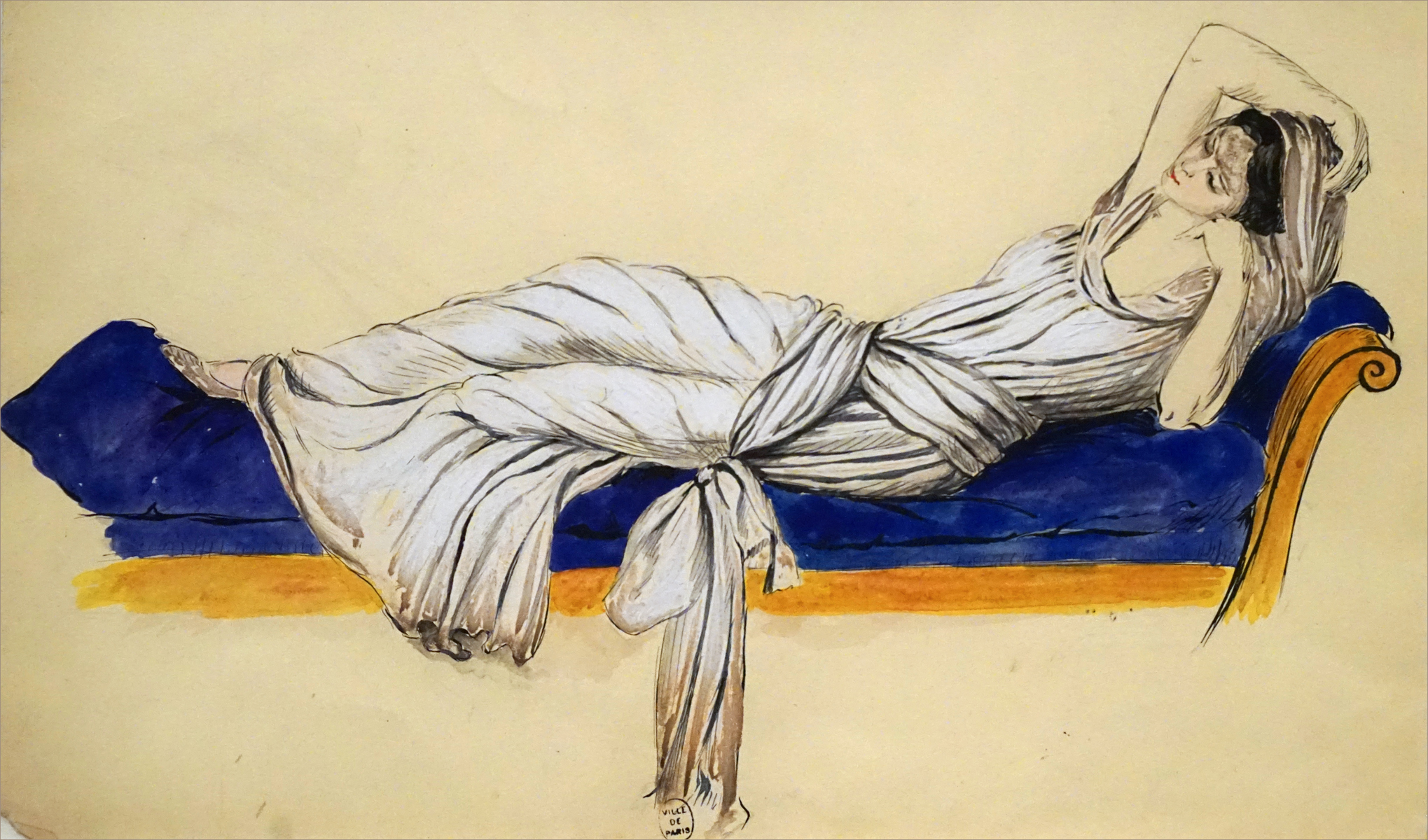 Background: Born on 22 June 1876 into a poor family in Chilleurs-aux-Bois, Loiret, Vionnet moved with her father to Aubervilliers at the age of five. Having already left school, Vionnet began her apprenticeship at age twelve as a seamstress. After a brief marriage at age 18, she left her husband and went to London to work as a hospital seamstress. While in London, Vionnet worked as a fitter for the celebrated British dressmaker Kate Reily.

Entrepreneurial Profile: Vionnet was only 17 years old, when she joined the House of Vincent in Paris, and within two years she became the head seamstress. Later, she worked for Callot Souers and Jacques Doucet. She often clashed with other designers who employed her because she had a style and vision that was different from theirs. For instance, at Jacques Doucet she used barefoot models and loose garments, which was not in line with the house’s style. Eventually, she set up her own salon when she was 36 years old. However, the timing coincided with the outbreak of the First World War, which led her to close the businesses. She reopened after the war with a new look and a logo designed by the Italian Futurist artist Thayaht.

She was not only a talented designer but also an astute business owner, who has 21 workshops and pioneered practices such as providing dental and medical care, dining, and childcare facilities. She launched her first fragrance by using single letters, echoing her modern approach to fashion. She refused to sell her name and, despite having 21 ateliers, and a thriving business, she liquidated her assets, and donated they vast majority of her archive to the Union Francaise des Arts du Costume.

Key Success Factors: Alongside Coco Chanel, Vionnet is credited with a move away from stiff, formalized clothing to sleeker, softer clothes. Unlike her rival Chanel, Vionnet did not seek publicity and did not use her social network in order to further her business. In fact, she often remarked how much she disliked fashion with its seasonality and need to discard and create anew. She did, however, benefit immensely from the support of entrepreneur Theophile Bader, the co-founder of Galeries Lafayette, who played a decisive role in helping her business to grow and succeed.

In her designs, Vionnet eliminated everything except the finest fabric and the most exquisite cut, an approach that would influence generations of designers to come. She dispensed with the standard elements of accentuation and instead celebrated the female form. She was inspired by Greek drapery and modern dance, and she believed in fluidity and freedom of movement. Her key differentiation point and success factor was indeed her design, which looked uncomplicated on the surface but revealed a true genius. Her trademark – the bias cut – was her basis for these designs, and it made her one of the most celebrated designers, despite her not using marketing or publicity techniques. Her style and design answered to a demand that many women wanted and appreciated. Issey Miyake once remarked that on seeing Vionnet’s work for the first time, “the impression was similar to the wonder one feels at the sight of a woman emerging from bathing, draped only in a single piece of beautiful cloth.”

5 Principles for Starting a Fashion Business