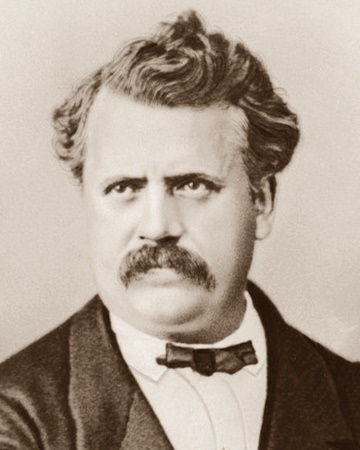 In this week’s fashion entrepreneur profile, we take a look at the extraordinary life of Louis Vuitton. While his name is now associated with a fashion and luxury powerhouse, his origins are more humble, dating back to a young man who left home to make his living packing luggage for the aristocrats of 19th-century Paris. Resembling of a fairytale-like story that spans centuries, Louis Vuitton was very much a fashion entrepreneur, who had the vision and a drive to create an iconic brand and empire.

As with many of the most famous fashion entrepreneurs, Louis Vuitton was born in humble surroundings, the exact opposite of the image of luxury with which his name would become synonymous. His family were simple people, artisans, and farmers, eking out a living in the mountainous Jura region of eastern France. His father was a farmer, while his mother, a hat maker, was an example of the sort of small-scale garment manufacturer characteristic of the pre-industrial age. As with many of the great fashion entrepreneurs, the young Vuitton’s life bore some similarities to those described in the fairytales of that era; his mother died when he was just ten, and he endured an unhappy relationship with his new stepmother. Orphaned at the age of 14 by the death of his father, the poor boy fled from his strict stepmother and headed off, on foot, for the big city to make his fortune.

In 1837, after a journey that had lasted two years, Vuitton arrived in Paris caught up in the whirlwinds of change caused by the Industrial Revolution. Like many poor country boys arriving in the urban environment, the young Vuitton found himself an apprenticeship in a trade. In his case, the trade was trunk making and packing, and his new master was a successful man, by the name of Monsieur Marechal. The apprenticeship was to be the making of Louis Vuitton.

As with the vast majority of fashion entrepreneurs, Louis Vuitton came from a modest background. After losing his parents, he decided to chart his own path and set his sights on Paris. When he started working with Monsieur Marechal, he was dedicated to learning his craft, and soon after starting apprenticing, he was noticed for his hard work and impeccability. Within a few years, he would gain a reputation as a master of his craft among the elites of Parisian and French aristocratic society.

It was this reputation, and the quality of his work, that led the Empress of France, Eugenie de Montijo (the wife of Napoleon III) to hire him as her personal trunkmaker. Vuitton was responsible for packing her clothes as she moved from palace to chateau. This appointment gave Vuitton enormous access to an aristocratic and wealthy clientele, creating a loyal and profitable customer base. At the age of just 33, he opened his own store and hung up a sign outside that said: “Securely packs the most fragile objects. Specializing in packing fashions.” His timing was impeccable, travel for leisure was becoming more popular at the time; the first overseas package tour in history, operated by Mr. Thomas Cook of Leicester, visited France one year after Vuitton opened his own business. 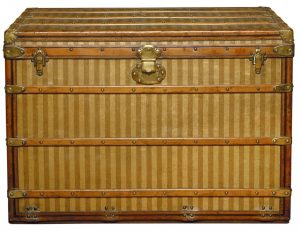 Louis Vuitton was an innovator as well as an entrepreneur. He designed the world’s first pick-proof lock and introduced a rectangular trunk made of waterproof canvas (at the time, the majority of trunks were round and made of leather). His rectangular trucks responded to the needs of a new age, they were stackable for ease of transport on the increasingly popular passenger trains. He also created a signature pattern called damier, which still defines his brand to this day. He was a visionary but above all a hard worker. His company would not exist if it were not for his early years of apprenticing and learning his craft under Monsieur Marechal. Instead of outsourcing production, he also had the vision to create his own atelier and manufacturing. He also used technological innovations for the success of his own brand and company. Another key success factor has to do with Vuitton’s adaptability to change. When the Franco-Prussian War broke out in 1870, he lost his business, many of his tools were stolen, and production was halted. Immediately after the war, he rebuilt, but this time even better, using the unique design and pattern that remains the signature of his house today. 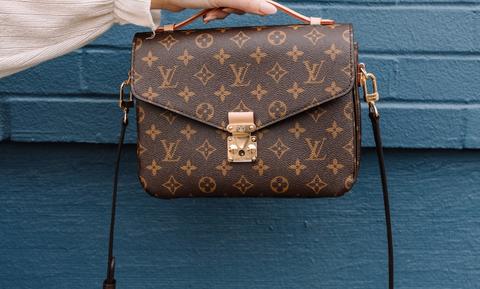