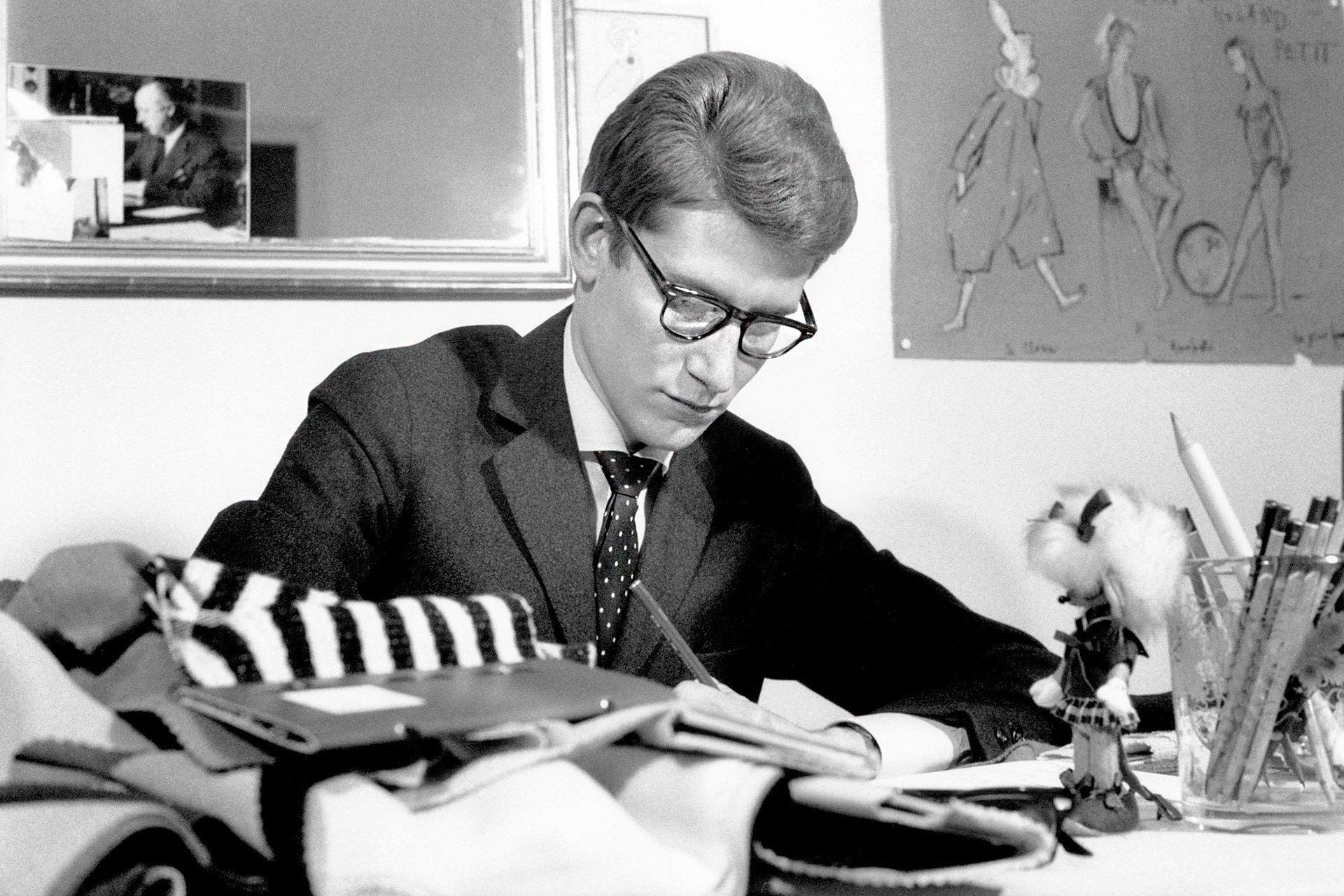 Known for his shyness and timidity, Yves Saint Laurent rose to become a moderniser of fashion and created the most desirable collections reflecting the changing era – from the stiffness of haute couture to the freedom of ready-to-wear. He would suddenly meet fame at the age of 21 when he took over the most celebrated fashion house at the time, Dior. It was both faith (being sent off to the army, meeting Pierre Bergé) and his immense talent that will lead him to create his own fashion brand that will become just as iconic as Dior.

Born in 1936 in Oran, Algeria, to a French family, Yves Saint Laurent, grew up in a villa with his two sisters by the Mediterranean. Even in his childhood, he had a sensitive, fragile look, and a shy manner. He would create paper dolls, and by his teen years, started designing dresses for his mother and sisters. At the age of 17, fascinated by fashion, he moved to Paris and enrolled in the prestigious Chambre Syndicale de la Haute Couture, where his talent was immediately noticed. The editor of French Vogue, Michel de Brunhoff, introduced Saint Laurent to Christian Dior, who hired him on the spot to work in his fashion house. Although Dior recognized Saint Laurent’s talent immediately, he ended up working on smaller tasks, some of which included decorating the studio.

While Saint Laurent was an incredibly talented fashion designer, his entrepreneurial skills were supported by his partner Pierre Bergé. It is a business model that has been proven to be successful among other fashion designers (partnering with someone who knows the business side of fashion, while the talent is left to do what he or she knows best). While Saint Laurent is celebrated for his talent as a designer, and Bergé has been credited for the success (as well as being criticized for controlling Saint Laurent), Saint Laurent also had the vision and knowledge of what it takes to run a business. It was his idea to start a ready-to-wear line, titled Rive Gauche, which was sold exclusively in his boutique on the Left Bank of Paris. When the May ’68 protests were taking place, he knew how to cater to his clientele, who were very much haute couture customers, while also acknowledging the revolution taking place among society and in fashion. In fact, it is the enigmatic nature of Saint Laurent that has captivated the interest of many. He was described as painfully shy, yet he had a quiet command. He was the embodiment of an haute couture designer, but he also managed to bridge both worlds: young and old, haute couture and ready-to-wear. He created collections that were both masculine and feminine. While Bergé has been credited with business acumen, it was also Saint Laurent’s instinct – a key capability of a successful entrepreneur- that could be attributed to the longevity and iconic status of his brand. 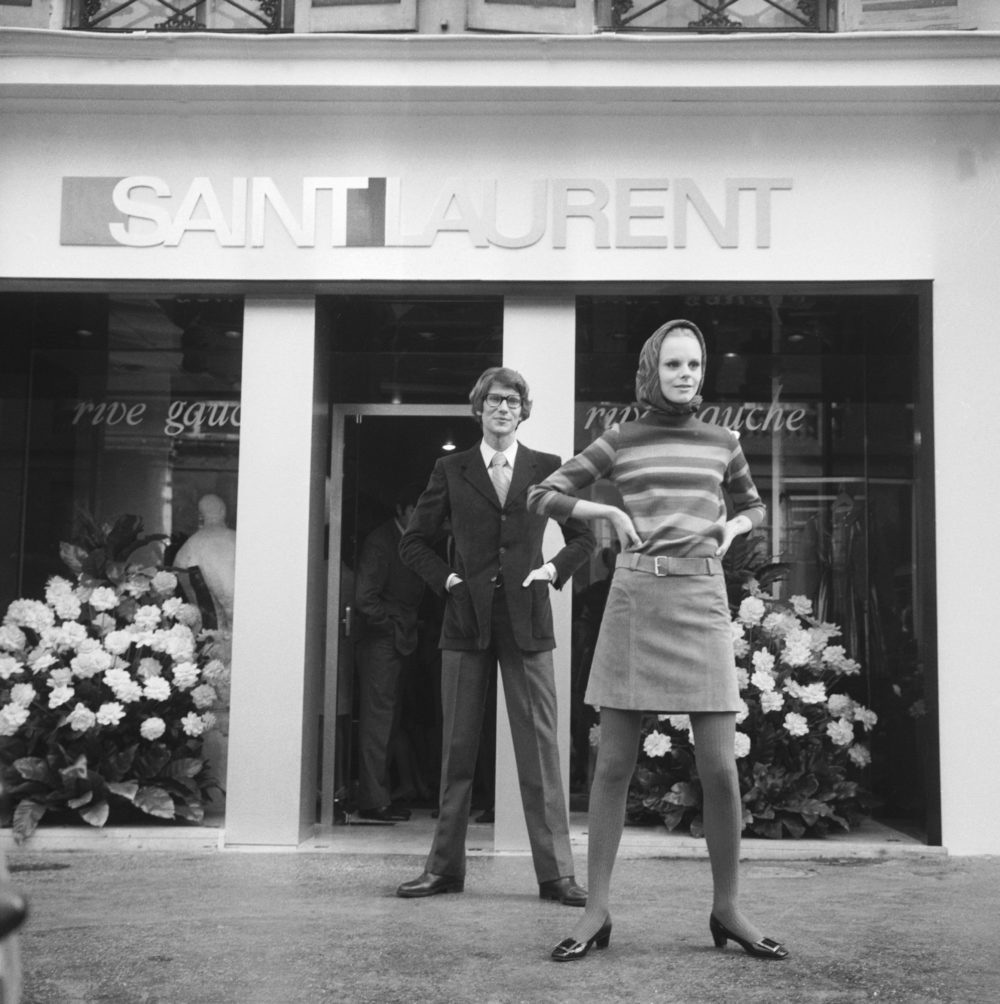 Deeply shy, highly creative, and regarded as a visionary and a designer of genius, Saint Laurent was the epitome of quintessential French style and would come to dominate the fashion industry for almost half a century. His paradoxical personality reflected the way he designed and managed his brand. He had an unmissable, unique style, but his most revolutionary look was the 1966 collection and the introduction of ‘Le Smoking’. He catered equally to two groups of women – his high society haute couture clientele as well as the young bohemians, who followed the elegant street fashion. He also managed to blend in artistic influences, such as Mondrian, Cocteau, Braque, Van Gogh, and Picasso, into his design. Similar to other fashion entrepreneurs, he ventured into the beauty industry, by creating perfumes to match his collections. 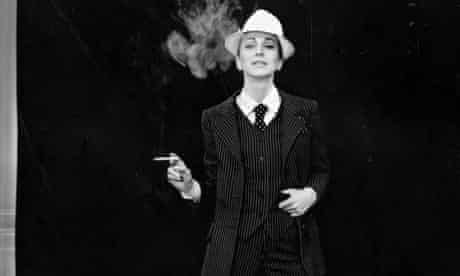 What’s in a Name? How to Name your Fashion Brand