Born in Nottingham, Paul Smith’s early ambition was to become a professional cyclist. He left school at the age of 15 and started to work at a clothing warehouse while practising cycling as a hobby. Following a serious accident, at the age of 17, Paul Smith was inspired by his friends to pursue art and fashion. His love and passion for cycling came to influence his design aesthetic later on, but he had to give it up to concentrate on a full-time career in fashion, as he started to take classes in tailoring, eventually finding work at a Saville Row tailor.

In 1970, together with his girlfriend (now wife) Pauline, Smith opened his very first boutique, a three-square metre backroom, named Paul Smith Vetement Pour Homme. The small space allowed his customers to feel more comfortable and “if you would place a cool object on a little table, a small work of art, a poster of Giacometti on the wall, people would feel more comfortable if there is something to have a conversation about.” This approach to running a fashion boutique was revolutionary and was maintained in the way Paul Smith came to organize his business, as all his shops around the world have a very unique interior design – a blend of art, lifestyle, and fashion.” Paul Smith initially started with menswear clothing and was only based in Nottingham. His unique style in fashion, as well as shop design, would help to create a fashion empire that is now in 73 countries. 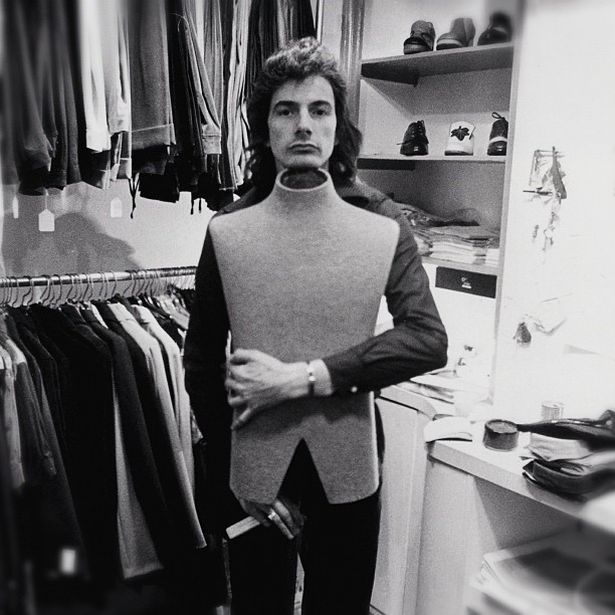 Paul Smith in his first store in Nottingham in the early 1970s.
Photo source: Paul Smith

Japan has also become one of the most important markets for Paul Smith. His respect for the Japanese culture and his customers there has made him one of the most famous fashion designers in the country. In fact, he has said “when I walk down the street in Japan, it’s like being a rock star. People would stop and ask me for autographs.”

In addition to being a talented designer, with signature stripes to his brand, Paul Smith’s key success factor has been in creating an experience when shopping. Having a unique window display, with a home-like feeling of an interior space, where one could just go not only to shop but also look has been the key to success in growing the Paul Smith brand. It is not unusual to find talking wristwatches, piggy banks, vintage vases and scarves in one of his stores.

When asked for his success secrets as an entrepreneur, he identified keeping an eye on cash flow and knowing the importance of the press. For example, his shows once included a pink-coloured men’s jacket, which caught press attention and featured on the cover of GQ. But Smith went on to produce the pink jacket in lesser numbers than the black jacket in the same style, which would shift more units. He has also focused on his competitive advantage of retail management, creative and quirky design with a sensible aesthetic, and has refused to go into brand extensions in different industries, such as mobile and hospitality.